Cera Trap®, Bioiberica’s eco-friendly attractant for the management of the fruit fly, approved for use by Greece and Mexico 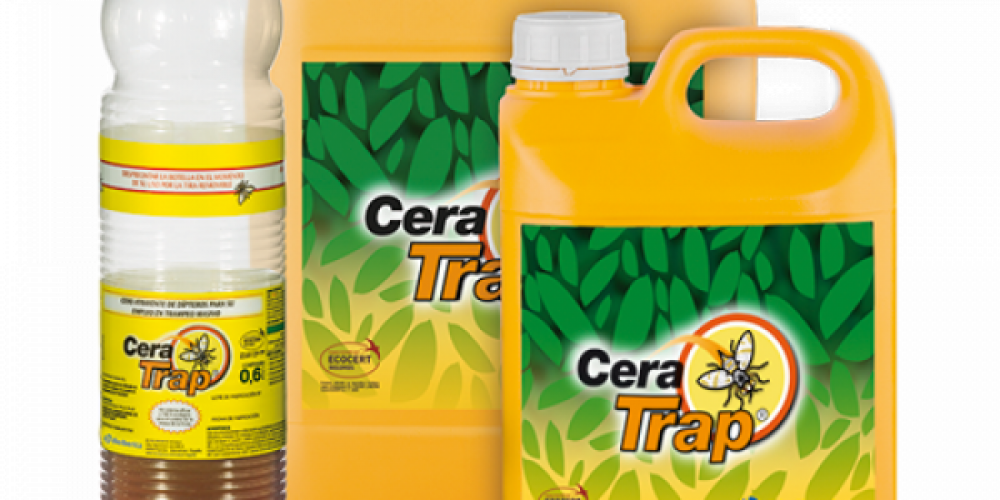 Cera Trap®, Bioiberica’s biological attractant specifically designed for the capture of the Mediterranean fruit fly, Ceratitis Capitata, has been approved for use by two more countries: Greece and Mexico. After these two new approvals, the product is now present in more than 30 countries.

Moreover, Spain’s ministry of agriculture, fisheries and food has approved Cera-Trap for non-professional use-this means that it can be purchased in garden shops for use in domestic gardening. They have also approved their use in minor crops such as fig and pomegranate.

Cera Trap® is a liquid food attractant for the control of the fruit fly, 100% eco-friendly, highly efficient and selective. It consists of a liquid protein that is produced through enzyme hydrolysis, and it is highly attractive to adult fruit flies, in particular for female individuals. Its formulation is pesticide-free and can be used alone, without having to combine it with standard pesticides. The bait is put inside traps, which contain enough food attractant for the entire harvesting season. The ready-to-use traps can be hanged from the fruit trees-fruit flies enter the trap and eventually drown in the liquid attractant.

This product has been tested in more than 300 field trials in crops from around the world. “Cera Trap’ mass trapping strategy can significantly reduce this pest, and the harm it causes to the fruit, to levels even lower than that of the standard pesticide treatment, with the added advantage of reducing chemical residues, pesticide resistance, as well as the economic and environmental costs associated with the management of pesticide active substances”, explained Cándido Marín, R&D project manager at Bioiberica Plant Health.

The Mediterranean fruit fly is considered one of the most destructive agricultural pests in the world, causing major economic damage in all major fruit producing areas worldwide. Over the past years, the mass trap system began to complement standard pesticide treatments, thus becoming a complimentary tool for integrated pest management, offering an efficient and economically viable solution for optimum fruit fly control.

Bioiberica has specific solutions for other fruit fly worldwide agricultural pests such as Dacus Trap®, Suzukii Trap® and Flyral®. This same year, Spain’s Ministry of agriculture, fisheries and food included two of these biological attractants, Dacus Trap® and Suzukii Trap®, in their Other Means for Phytosanitary Defense (OMDF) list.