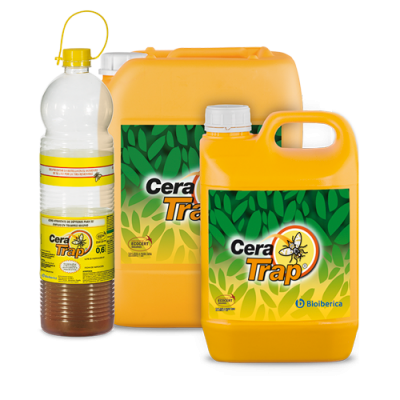 Food attractant for the capture of Ceratitis Capitata

Cera Trap® is a specific food attractant for Ceratitis capitata. It is an effective and 100% organic system to control the Mediterranean fruit fly. Cera Trap® evaporates to release volatile compounds, mostly amines and organic acids, which attract the adult flies, especially females. Cera Trap® is applied inside the trap (fly trap with holes) to facilitate the release of volatile compounds and the capture of the flies. 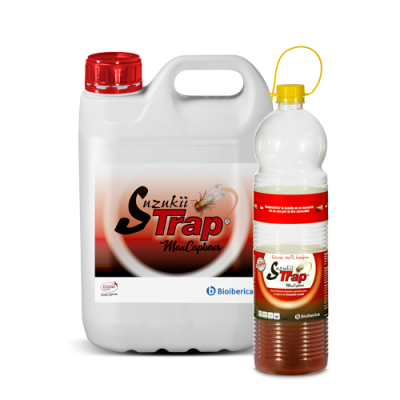 Made up of peptides and organic acids, Suzukii Trap® is a specific food attractant for the capture of Drosophila suzukii and possesses a strong attractive force. It is a 100% ecological solution which does not require any insecticide in its formulation or in its use in-field. The system's efficacy is guaranteed as long as there is an attractant in liquid form. Its durability may vary based on the time of the year and the local climate.

Dacus Trap® is a specific food attractant-based system for the capture of Bactrocera oleae (olive fly) comprised of protein sources with a strong attractive force. The Dacus Trap® system is an integral solution for the control of the olive fly. The product consists of the Dacus Trap® attractant and the trap (ready-to-use system). 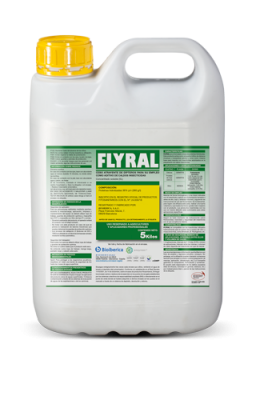 Flyral® is a hydrolysed protein-based formula. This product acts as food bait for adult diptera (flies and mosquitoes) and serves as the base material that is mixed with authorised insecticides during the preparation of insecticide baits.